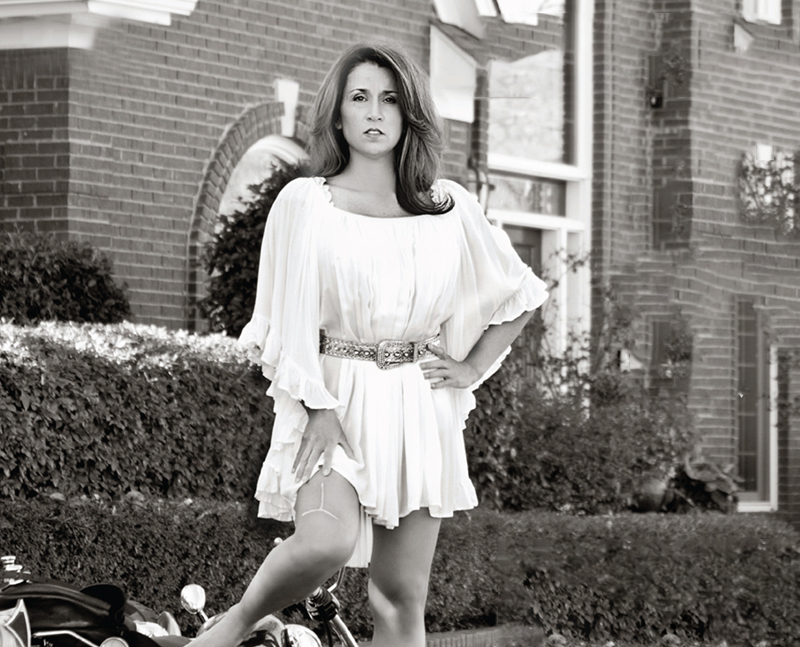 Marie Pizano, a native Chicagoan, has called Memphis, Tennessee home since 1999. Marie has served on several charitable organizations since moving to the Bluff City. She served as a board member of the International Children’s Foundation and the Women’s Foundation for Greater Memphis, and The Commission on Missing & Exploited Children. She was co-founder of the Tiara Tea Society and was the Chair for Go Red for Women. And created and chaired an event called, “ROCK FOR HOPE” for St. Jude Children’s Research Hospital.

During her late teenage years, Pizano worked as an aerobic instructor and fitness trainer. She entered into many fitness and beauty pageants that awarded her college scholarships. After graduating from T.F. North High School, she survived a life-changing motorcycle accident, to then attend, South Suburban Junior College for business accounting. She freelanced as a model and actress, then attended the Columbia College for Communications to learn hands-on, film direction, lighting and television presence. To further her experience in business, while attending college, she worked at law firms and worked in the Commodities & Trading industry for over 10 years. She has a financial background and was mentored by Times Magazine “Father of Futures” and one of the most “Influential People in Finance”, Richard L. Sandor.

After moving to Memphis, TN she further her studies in Fitness & Nutrition. From her experience as an actor and model, she advanced her skills behind the camera to co-produce several local TV shows in Memphis, to then, create and produce “Girls Night Out” with award-winning film director, Steven Boyle and plans to launch the production fall 2021. In 2012, Pizano began became executive producer of the multi award-winning documentary, “MOMO: The Sam Giancana Story. After a night meeting Bret Michaels after his Poison Concert at his afterparty in Nashville, Pizano’s life changed forever after being introduced to Billy Falcon, since then, she has managed and produced several singer/songwriters. Under the guidance of Pam Lewis, former manager for Garth Brooks, she began learning the music industry while managing the Mulch Brothers, to then sign them with Savannah Music Group in Nashville. She then briefly became an agent for award-winning songwriter, Billy Falcon, who toured a few shows with Bon Jovi. After meeting and briefly mentored by award-winning singer-song writer, Kenny Loggins, Pizano created UROC music & publishing company to build a music publishing catalog. With her vision to expand, and her knowledge of finance, she invested in the Nashville based Savannah Music Group Publishing (which holds a 1500 working-song catalog). In 2010, she formed MVP3 Entertainment Group™. Under the umbrella, along with UROC Music & publishing company, she formed Zazu & Valentina talent agency and JND Films, LLC. Pizano launched a TV Show called, “The MVP3 TV SHOW: The Making of an Empire” that aired every Sunday on CW30 – Memphis. She produced, directed and choreographed several music videos.

She is the author of the book, “From Barefoot to Stilettos™, it’s not for sissies” that has inspired the movie screenplay. Her book was produced into an audio book. It is the first audio book ever record at the legendary Royal Studios under the direction of Grammy-winning music producer, Lawrence “Boo” Mitchell. According to world-known, award-winning actor, Morgan Freeman, her book is, “The first-person story of a woman driven to prove that she can.” The co-author of best-selling, Chicken Soup for the Soul® series and the Success Principals®, Jack Canfield endorsed her book as saying “This is an intriguing, captivating, inspirational story of a woman who just don’t take “no” for an answer. Marie Pizano is an example of how you can overcome challenges to live with passion and purpose, and realize your ambitions. Her story can help empower and motivate others to find their Yes.” She is currently known development of a slate of other films and partnered with studio production teams. Pizano has partnered with Marvel Comic Book illustrator, Ron Frenz and writers to create “Stiletto: The Powerhouse Baroness”, a comic book/movie. Stiletto is now a comic strip found in the La Prensa Latina Magazine.

While over the years being guided by her legendary lifetime achievement Grammy winner friend, Al Bell (co-founder of STAX), under her music label, she recently released several CDs for upcoming Memphis musicians, such as, singer-songwriter, Jeremiah Tucker. Tuckers song “Hurricane” is the theme song to the Stiletto movie which is now in development. Most importantly, while running the MVP3 Entertainment Group™ empire, Marie is a full-time, hands on mother of two. She served on the advisory board of the On Location: Memphis International Film & Music Fest and NABFEME.  She is now launching her own Film and Music Fest in 2022, under her new multi-use and multi-doing stage studio called, MVP3 Studios.  MVP Studios was formed by a joint venture between her company and ATWEC Technologies in April 2021.  Pizano competed two recently releases documentaries “Shannon Street: Echoes Under A Blood Red Moon” and “Finding Your Yes with Mind, Body and Soul”. You can see her film “Shattered” now on Amazon, selected stores , and can be found released in foreign and domestic territories. Her company received the national 2017 Media Award from NAMI Tennessee in Nashville. She is very humbled and honored to be recognized as one of the Women of Distinction for St. Jude Children’s Research Hospital and plans to continue to give back to charities through her work in film and music.

She was the host of the iHeartradio MVP3 “Finding My Yes” Radio Talk Show that aired weekly on 600WREC / 92.1FM at 4pm every Saturday. She will now be joining the Grace Broadcasting platform to air the radio show on1250 AM Crazy 80’s Station. She is currently developing a Christian based film “Purple Church” and many purpose driven films. Inspired by her life story, Marvel Comic Illustrator, Ron Frenz (best known for Spiderman, Thor and Spider-Girl) and a former team of DC Comic book writer, pencilers and colorist, created the “Stiletto: The Powerhouse Baroness”, a 52-page comic book, and now comic-strip seen in the La Prensa Latina Magazine (the largest bi-lingual weekly mid-south publication). Her life inspired superhero is now in development as a full feature action film with a successful NYC based production team.

She currently released her second book, “From Barefoot To Stilettos, Finding My Yes” and the new edition copy of the “From Barefoot to Stilettos, it’s not for sissies” book and audio book. Her audio book is being recognized as the first in history to be recorded at the Legendary Royal Studios where massive hits by Al Green and Tina Turner recorded.

She is co-writing on several movie screenplays, motivational speaking and has partnered with successful Hollywood production teams to produce several Memphis stories, mainstream, and faith-based storyline films. Marie has also been recognized with an award as “Women in Business” 2018 by Memphis on the Move and is delighted to be nominated as one of the “The Invincible Women” 2018. In 2018 , she was recognized as one of SHEROS nominated with the S.H.E.R.O. Foundation. She writes for the Bluff City Magazine that include her editorials featured as the “Finding My Yes” articles. Most recently, she partnered with Footprint TV which is owned by ENDAVO media, she is currently in process of  launching the MVP3 Television Network.

She partnered with magazine, and radio, to launch many avenues for others to have a voice, along with her own editorials, radio shows, and showcasing others content to create and redefine the entertainment industry by leading by example of building an entertainment empire based on truth & integrity, with the concept,  “You got sticks, I got a match and together we can make a fire!” She plans to take that fire and create more “win-win” opportunities for those who are like-minded, on a mission to build with truth and integrity , work with truth and on a mission about films, music and community.

For more information about Marie Pizano and the world of MVP3, please visit:

Let MVP3 produce your company commercial or bring the party to your next event!

"We all come into this life Barefoot, we each stumble and fall but we each have the power within to rise up with truth and integrity and find our YES"

Finding My Yes
It's Not for Sissies

“The inspiring first person story of a woman driven to prove to the world that she can”
—Morgan Freeman, Award-Winning Actor & Narrator